Each Monday, we’re giving readers a chance to get to know the media a little better.

With a little flair.

Our goal is to give readers some insight into the work and work style of area journalists, and get to know a little bit about the person behind the byline. Start your week off with an online networking opportunity through our Media Monday blog post. 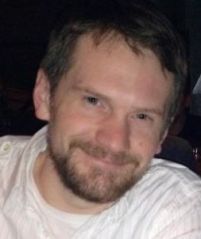 Scott Gutierrez writes about transportation, government and crime for SeattlePI.com. He’s one of a dozen journalists who made the jump to the online version after the Seattle Post-Intelligencer closed in 2009. Scott also spent three years at The Olympian writing about police and courts in the state’s Capital, and once traveled to Iraq to report on Washington state reservists serving at Balad Air Base. He graduated in 2000 from the University of Washington with a bachelor’s degree in journalism, and lives with his wife Blanca and dog Tommy in North Seattle.

A: Any story that resonates with readers, and makes them contemplate things they don’t usually think about. One of my most popular stories was a stomach-churning report on all the grease people carelessly dump down kitchen drains and how it creates messy back-ups in Seattle’s sewers. I’d like to think that story changed some habits.

Q: If you could have someone else’s job, what would it be?

Q: Finish this sentence: “A good PR person is …”

A: Responsive and knowledgeable, and can provide context. He or she also understands it’s a two-way street, and doesn’t take tough questions personally.

A: They should be up on their multi-media skills. Know how to use social media effectively, as well as the basics in HTML and photo and video editing. But above all, they should be persistently curious.

Q: What hidden talent or skill do you have that viewers/readers don’t know about you?

A: I’m a guitar player. And people say I look like Neil Patrick Harris. Does that count?

The PR Pro Takeaway: Keep in mind when you’re pitching him that Scott wants to make you think. A closer look at his bio shows he’s a man of many journalistic interests and would likely appreciate a wide variety of stories, including musical.